Loaded up with new crew members (1 Belgian, 2 Dane, 1 Brit, 1 Portuguese and 5 Germans), we set sail from Lisbon with sunshine, blue sky, light winds from behind, no fog and small waves. It seemed almost cruel that the last crew should have been so punished when we were now blessed with such easy conditions. 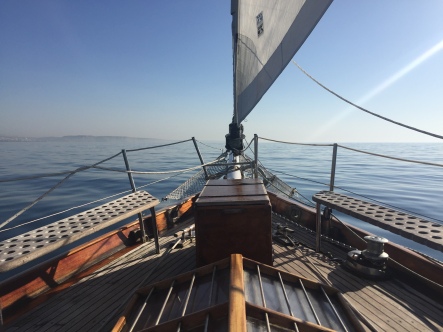 These conditions continued the entire week, but were unfortunately accompanied by a severe lack of wind, which resulted in a combination of using the engine or playing with our kite  😉

The lack of wind and our (as usual) super tight schedule meant it was going to be a rush to cover the miles we needed to get to the Canaries in time for the next crew. Our time on land was therefore once again limited to only day stops in the Algarve in Portugal, Essaouira in Morocco and a few hours in Correlajo in Fuerteventura and Las Palmas in Gran Canaria before finally arriving in Tenerife.

This meant another week of tedious night shifts, struggling to sleep next to a growling engine, and waking up for 3 hours in the middle of the night to sit and watch as our autopilot steered the boat below a starry sky.

But with such easy conditions, we had plenty of time during the day to catch up on sleep, until we were energised enough to begin catching up with jobs onboard as well. We began building new air vents for the mast cabin, a netting for the sea fence, fixed the tracks for the cars for the genoa sheet, attached a pump to the spare fuel tank and I jazzed up my violin case with an old chart. 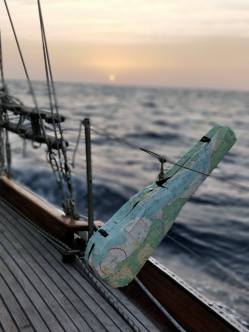 The highlight of the trip for me was our visit to Morocco, where we arrived just as the sun was coming up over Africa. A thin layer of dust hung in the air and a strong smell of fish and the sound of noisy gulls reached our senses before we’d rounded the final corner and into the fishing harbour of Essaouira.

The pier walls were lined with fishing boats as men hauled their catches onto the shore. There were fish everywhere, in nets, in bags, in carts, on the floor, on tables, you couldn’t move without stepping on fish or fish juice. The sky was covered with seagulls and the ground with cats, probably in heaven, feasting on any fish debris they could scrounge. 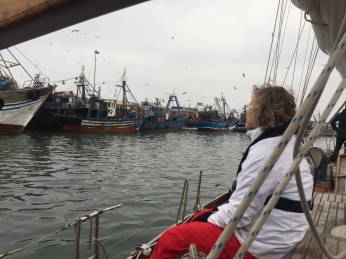 As per usual on this trip, we had less than 12hours in the country, the first 3 of which Micha and I spent visiting the customs, immigration, the police station, the coastguard and finally the harbour master, filling out all our 9 crew members’ passport details again and again… it turns out there are some disadvantages to having large numbers of people onboard…

We emerged from our clearance duties to find the sun fully fledged in the sky, and that the dust had lifted, displaying a clear view of the clean palm tree lined beach stretching for miles beyond the harbour wall.

We ambled through the small streets of the old town – a shopping paradise for tourists – and admired the leather bags and ornately carved wooden boxes. We rested in small street side cafes, drinking mint tea and batting away the flies from our salty bread and shrivelled olives, as finally we found ourselves sweating from the heat for the first time this year! 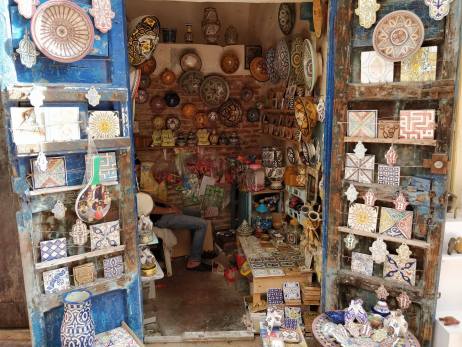 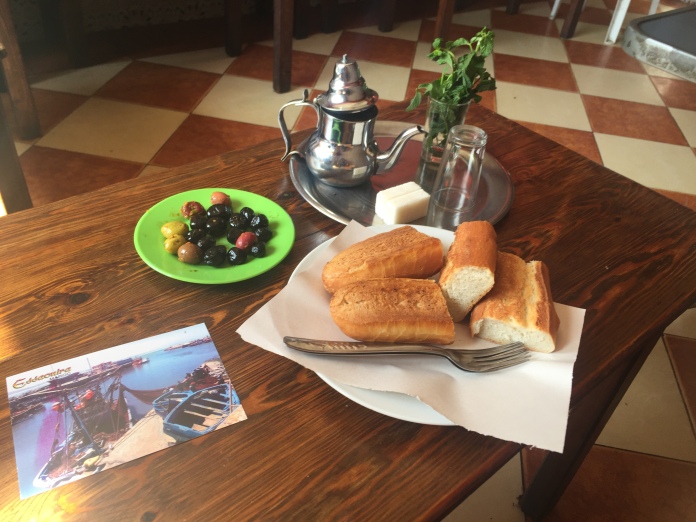 Our main objective for the day was to find a Moroccan hammam (bathouse), as having spent the last 60 hours at sea we could do with a good clean. We found one hidden down a side street and entered into a cool basement lounge where we decadently signed up for a Hammam followed by a massage. We were able to have them together, so I could giggle as Micha flinched when the lady poured boiling hot water over him and began to scrub his skin raw! Micha said afterwards it’s the cleanest he’s ever been…

Those two hours of relaxation were greatly appreciated especially after the stress of the last few weeks, Micha didn’t even bat an eyelid when we received a phone call from a crew member who’d arrived back onboard to find 8 armed policeman and sniffer dog surrounding a boat that had subsequently arrived and tied up next to us. Apparently they’d not done their clearance…

Once all back onboard we tossed our remaining dharams and a well deserved beer to the guy who’d been ‘guarding’ our boat and set sail into the sunset, with a boat full of fresh mint and put the kettle on. 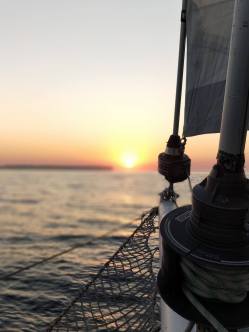 One thought on “The Race to the Canaries”