The Bay of Biscay is infamous for rough water, due to the dramatic change in depth just inside the bay. The swell that builds up inside the bay from east travelling waves is large due to the huge uninterrupted distance these waves have been able to travel across the Atlantic ocean. When deep water swell reaches shallower depths they can start to break.

We set off with a grey sky above a grey sea, light rain and choppy waves. There were days (and nights) when the wind and rain howled around us, when the seas raged against us like giant sand dunes, and when dragging our tired bodies out into the cockpit was particularly undesirable. But there were also sunsets with dolphins, pastel coloured sunrises, nights counting shooting stars and afternoons spent baking, making baggywrinkles or chasing a whale! Always though, we had wind and waves on the nose – the worst conditions for sailing…

The days rolled into one, like the waves that rolled beneath us as we settled into our watch pattern, taking it in turns to sit in the cockpit and watch the world go by.

This was the first time experiencing life at an angle for some of our crew and we all got used to balancing or bracing ourself at all times, even on the toilet or in bed! I noticed with interest the tactics of each crew member to keep themselves in their bunks, either tucking themselves into small spaces, cramming body parts into cubbyholes behind the bunk, or with feet, arms or knees strategically positioned against or behind things to keep them in place. Tacking in the middle of the night might result in a tumble out of a bunk, or having a banana land on your face… better that than a jam jar…

With some of the band members of Solana still onboard when the seas got too rough for instruments, we had an eclectic assortment of recorded music bursting through the speakers, from afro beat, folk, french choral chanting, reggae and the odd Russian metal thrown in between when Micha was on deck.

With plenty of time at sea, we occupied ourselves with lots of bread baking, cake and Panta pizza making! We had big pots full of warm soups and curries to keep us going through the windy nights and pancakes to warm our tummies in the morning. We even had moules mariners one evening after collecting a bunch from the pier wall in a tiny harbour in Spain… 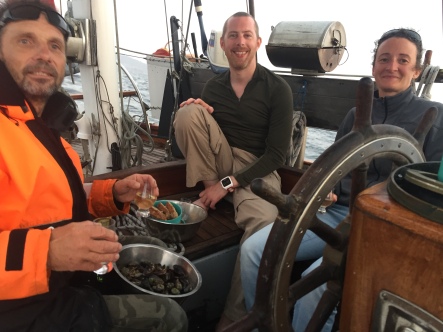 Perhaps the biggest challenge of this trip, was the anticlimax of our arrival in Spain. We’d been using the dream of a warmer climate, sunshine, a big meal and glass of wine ashore, accompanied by a good uninterrupted night’s sleep to get us through the darkest hours of the Biscay. We’d hoped that we would be left with only blue sky downwind day sails along the coast of Spain and Portugal ahead of us. Our reality was quite different. Once on the other side of the bay, the promised summer weather and wished for itinerary didn’t arrive. Instead we’d ended up further east than desirable, so we had to waste a couple of days beating into westerlies to round Cape Finisterre. Once clear of this Cape and finally with some wind from behind, we were enveloped in thick fog for about 48hours. With strong wind, fast sailing, big seas, drunken ramblings from other crew on nearby vessels on the VHF radio and barely being able to see our own bowsprit through the fog, it felt quite scary and we were all on high alert, watching the AIS and RADAR intently.

It was disappointing for me to have friends onboard, most of which I won’t see again for a long time, and to not be able to enjoy our time as I’d hoped – sunbathing on deck or leisurely discussing late into the evening over a box of wine… but for sure it also strengthened the bond between us to make a journey like this together! 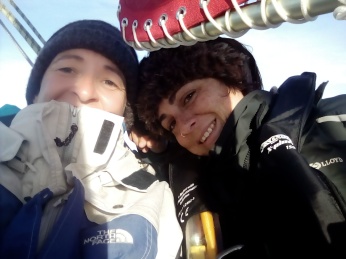 I was also lucky enough to bump into my long lost uncle Martin on his world environmental tour by bike whom I hadn’t seen in over 10 years! 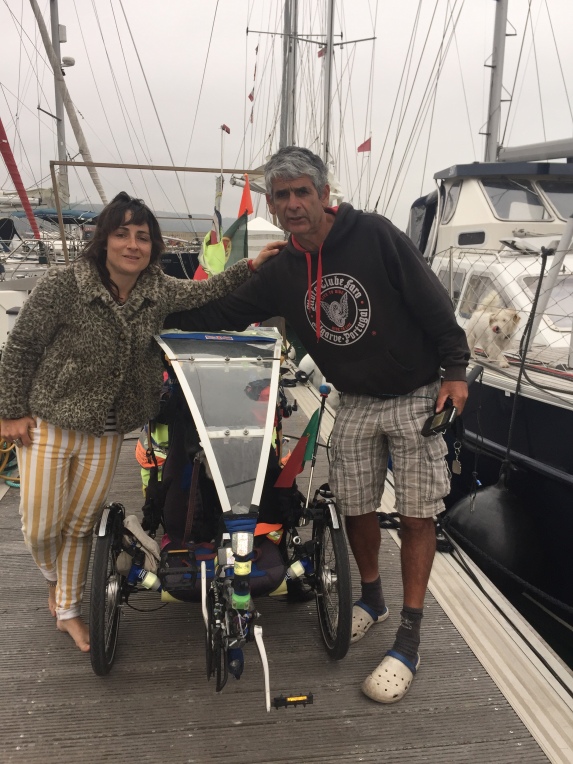 Finally our summer did arrive the day were set foot in Lisbon, and we sat outside in cafes drinking coffee and eating tostas mistas…and I vowed for the future that ‘Ladies don’t sail upwind’. 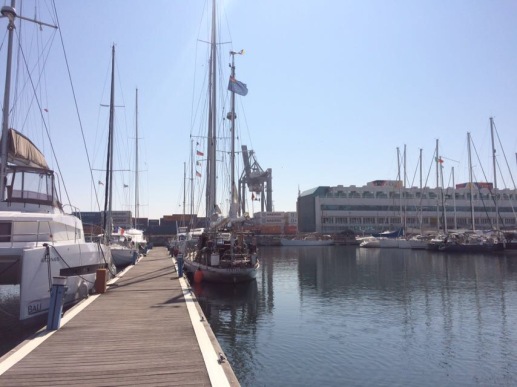