Once Pantagruel had made it safely through the Caledonian Canal, we were free explore what Scotland’s west coast had to offer.

We were pushed and pulled by the 8 knot currents of the Corryvreckan (one of the most dangerous stretches of water in the British Isles), drank our fill of whiskey on Islay and repented our sins in the nearly 1500 year old cathedral on Iona afterwards. We anchored safely during stormy weather in Tinker’s hole, explored the ruins of a monastery from 542 on the Garvellachs, clambered through Fingal’s cave made from basalt columns on Staffa and admired the colourful houses of Tobermory. We worked our way through the 13 lochs on the Crinan Canal, kayaked around Castle Bay in Barra on the Outer Hebrides and welcomed words such as ‘loch’, ‘firth’ and ‘sound’ into our daily vocabulary. 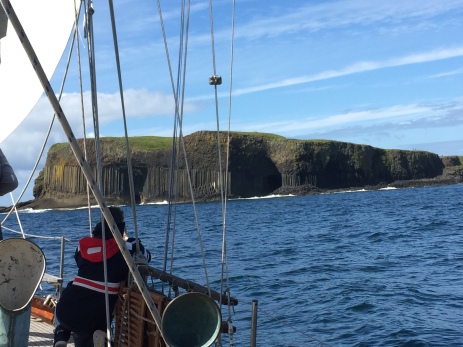 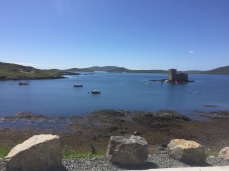 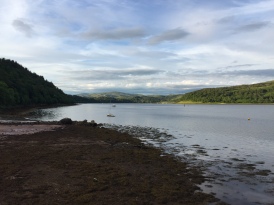 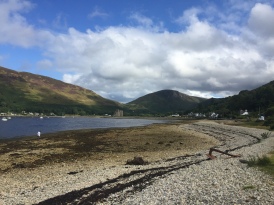 Experiencing these great highlights didn’t happen without a few lowlights along the way. There were days when the constant downpour of rain gave us cabin fever, or when losing a cleat to a pontoon (thanks to a forgotten line) led to increased tensions amongst the crew… plus, our RADAR is still refusing to function properly, despite having replaced almost all the different parts, including the great big dome half way up the mizzenmast…

Yet beneath the expressive grey skies and cold exterior, Scotland’s west coast is romantic at heart. Its wide open spaces provided plenty of room for exploring this wild remote part of the world. The distant horizon was bordered by lush green headlands with dark blue and purple rolling hills covered in heather, thistles and huge ferns rising up out of the sea, sandwiching dramatic cliffs crumbling into the violent seabed. The sky was split open at sunrise and sunset by yellow, pink, red and orange rays which were slow to rise and set, providing long evenings which stretched on and on and let us live in a world where time had slowed down. Plenty of wildlife joined us along the route, including a huge pod of dolphins which swam alongside, a minke whale which popped up to say hello, otters which swam around our bathing crew, seals who stole our already caught fish from the hooks, and plenty of puffins, guillemots and great soaring gannets. 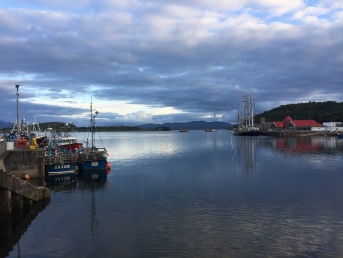 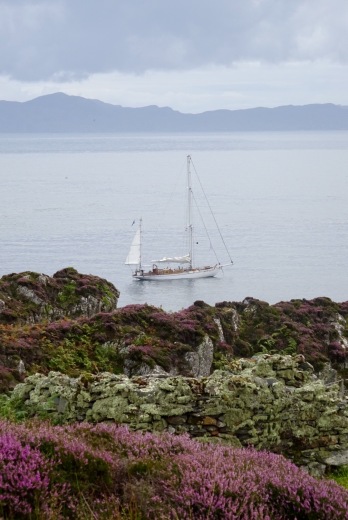 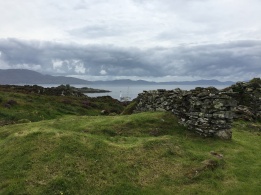 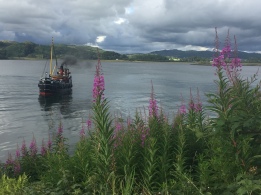 A wide range of people stepped through our gangway and lay their heads on Panta’s bunks this summer; old, young, German, British, Austrian and Swiss – all Europeans so far. Some came in groups of friends, some in couples, others came alone. There were some serious sailors amongst them, some who knew the boat well, and others who were on their first ever sailing adventure. The people onboard and how they interact in such a confined environment is often one of the most interesting things about our trips. Micha once told me if he ever wrote a book it wouldn’t be about sailing or adventure or something technical, it would be about the people.

We watched people relax as the weeks went on and the stresses of life on land (work, bills, etc) along with our phone reception, faded into the distance. People’s sense of time slowed down as the weeks progressed, breakfasts took longer and the giggling and story telling continued later into the evenings. It was rewarding to see how our crew learned to master the boat, from sail handling, to working in the kitchen and learned to pull together to work as a team. 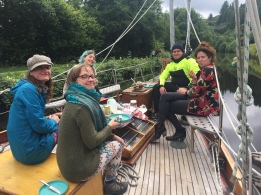 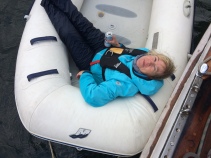 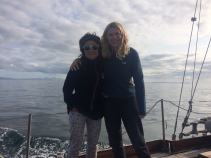 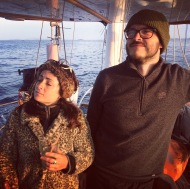 In François Rabelais’ books, Pantagruel was a giant who liked to eat and drink, and we enjoy keeping this spirit alive aboard our Pantagruel. Here in Scotland we needed whiskey to keep us warm, this golden liquid found its way into our frothy coffees, or was poured lavishly over haggis. Our galley was filled with smells of sausages and bacon frying first thing in the morning to make up a traditional english breakfast, along with porridge topped by homemade jam. Later in the day aromas from Great British baking of scones and flapjacks found their way out into the cockpit, and no day went by without several of rounds of brews (english breakfast teas). Scotland also had some delicious fresh sea food on offer, from mussels, crab, good old beer battered fish n chips, to fresh mackerel caught onboard by yours truly. 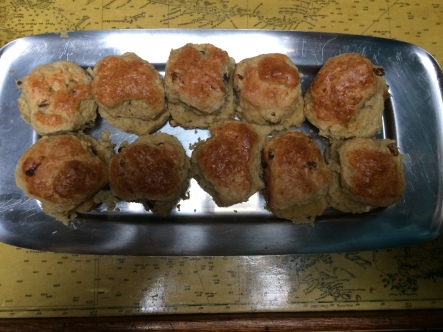 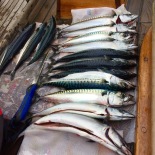 Now it’s finally time to leave the twinkling lights from Oban’s shoreline and our thermals behind us and set our course due south to warmer climates!