The wind blew a pretty consistent 20kts from the NE for almost the entire 800nm from the Canaries to the Cape Verdes. This allowed us a fast downwind sail, arriving in less than 5 days after we set off from El Hierro. Once the sails were up and the outer jib poled out, we barely touched them again, and with Jane our trusty wind vane steering proudly in her new red swimsuit (see pic below), there was little else left to do except put the kettle on. 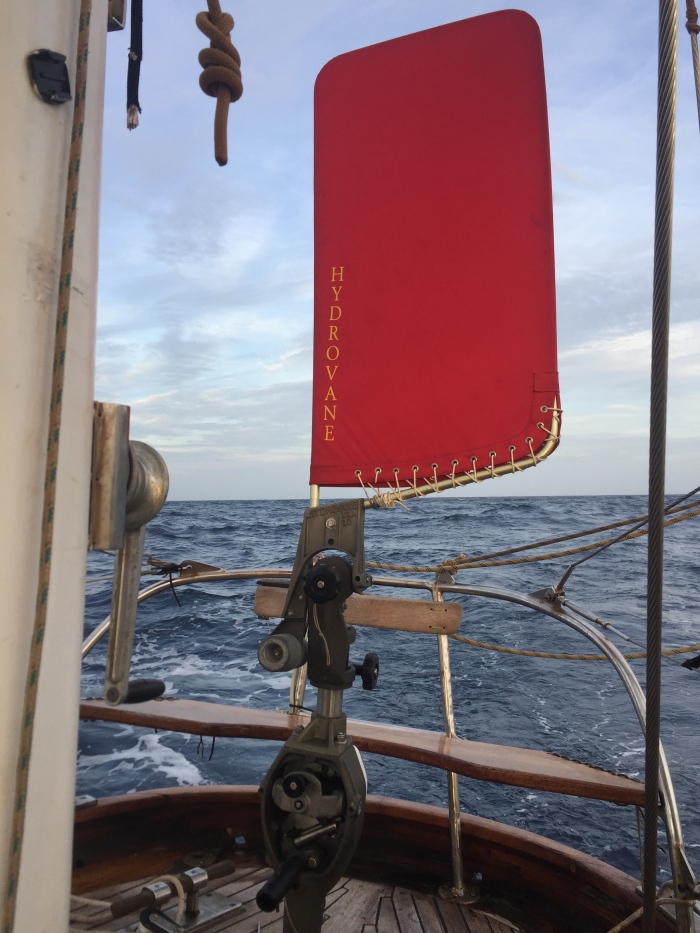 The days rolled by in the rhythm of the waves as they rolled the boat from left to right and from right to left. Jackets and tea towels hung from hooks down below swung with the movement. Water in the sink gurgled in and out of the pipes. Plates slid back and forth in their slot. Cutlery clinked in the drawers. Occasionally we were hit by a bigger wave, which crashed over the deck, splashed over the portholes, filled the cockpit with water, gave an unsuspecting crew member on watch a shower, and caused something bigger to fall over, like a tool box, spilling drill bits and screws all over the floor.

With only 4 people onboard and each taking it in turns to do a 3 hour watch alone every 12hours, we didn’t see each other all that much. My shift was from 10am-1pm and 10pm-1am. I enjoyed my time alone in the cockpit listening to some new albums I’d downloaded before we left, trying to think of new wishes for every shooting star that passed above us.

Each afternoon we looked at the fresh food items hanging in the nets above our heads to see which were deteriorating fastest to tell us what to eat for dinner that evening, often along with fresh fish we’d caught during the day. Dinner was one of the few times when we were all always awake together every day. 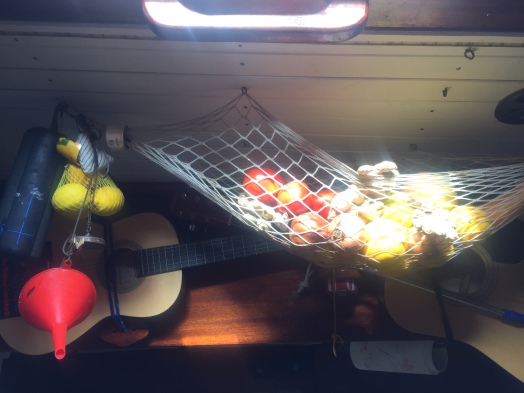 As we neared the Cape Verdes, shoals of fish began to fly in and out of the water, wings vibrating, like silvery flashes. Some mornings we’d wake up with a few of these flying fishes scattered over the deck. 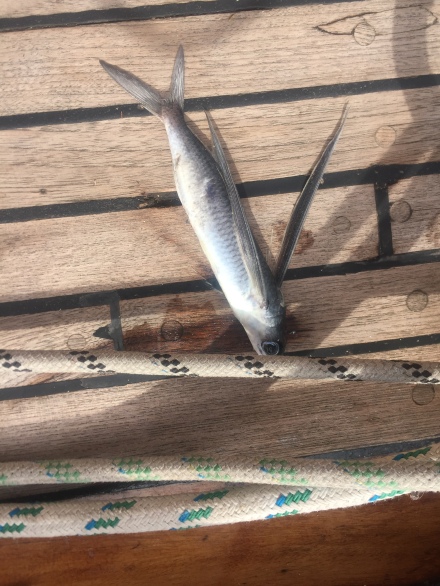 This passage reminded us how peaceful time on sea can be, and why we wanted to do a journey like this in the first place… Until day 3 when Micha started to get the power tools out to finish the new air vents 😉 With such unchanging conditions, these long journeys are often an opportunity to catch up with some jobs onboard… as long as you can hold a paint brush steady in the waves! 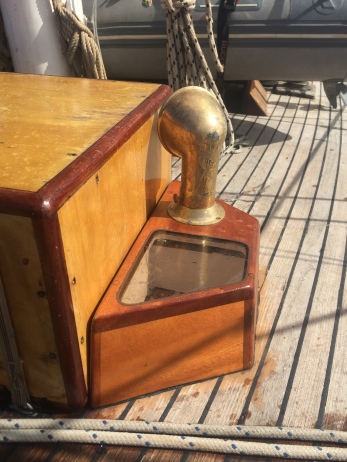 We didn’t see a single other ship during our passage, and our only contact to the outside world was a few messages we received from friends via our tracker, recommending that we “turn right when the butter melts”.

6 thoughts on “When the butter melts”